Snuggling with cat in bed.
Stroke softly under chin.
He gently takes my hand in paw and affectionately licks.

I can't but help wonder if he is just cleaning me up abit, so I don't dirty his fur.
Posted by Mad Cat Lady at 10:41 AM 3 comments:

How does one spell tarry? Tary? Tari?

Advance!
Tarry not amidst the discarded clutter and detritus
Cardboard mountains of consumed tv dinners and too many drinks
But go!  Go forth!
Battle overflowing litter trays stinking of piss.

Face the frequently forgotten and affeared
Tray hidden beneath the back stairs
All to oft' left long
And wilfully misremembered when done so.

Oh, if only I could discourse a river such as Hercules
To wash before me this feline faeces

Be brave little cat mother!
(Not so little in form,
But little in resolve)

Suck deep of breathe and hold
And triumphant undefeated, discard
Behold litter all clean and new
To be promptly christened with urine and poo.

Labels: Glass of wine in hand, Poem, Probably not a poem

... am rather delighted with Nancy Springers Enola Holmes series for young readers. Wish I could buy books 3 and 4. Not re released for a while.
Patience is not one of my virtues .

I am also reading Abdrzej Sapkowski's Withcher series and am impatient that I am forced to work for a living when I would much rather be reading.

It would keep people who whilst otherwise might be tempted to razor their neighbours occupied and feel worthwhile and valued?

Not a good sentence.
There is a better way.
My brain just don't wanna go there.

Not entirely my fault.
I couldn't sleep last night , even though I was tired.

I am not a morning person.

I found a cut throat razor in the gutter outside of my home after new year's day and scattered blood stains on the road, but no newsworthy article referencing such has appeared.

I cannot see what use it would be to take it to tbe local station.
I am much rather inclined to see if the weekend nurse will autoclave it for my safe keeping.

I wish someone would tell me if the new owners of the duplex want to keep renting out the one i live in, or if they want me to move out?  My lease is up at the end of February and I've heard nothing.

I have started demolishing the cobwebs I've allowed to build up out of sentiment for Dianne Wynne Jones, Howls Moving Castle. 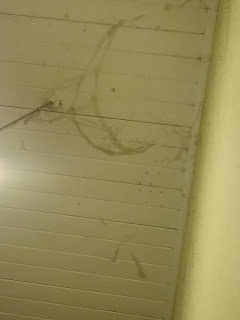 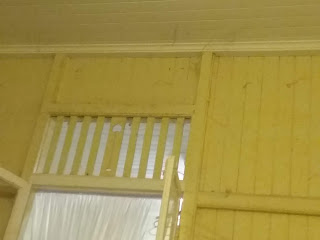 You really should read it if you haven't already.

I sprayed my bathroom about an hour ago.
I just tried to go to the toilet.
An unwell, poisoned cockroach just tried to climb up my foot.

I am not suited to rigorous cleanliness.

I feel sad about the dying insect.

Though I am really very far from impressed with its far too confident interaction with my foot.

80 million this thursday for gold lotto
What would i do with 80 millon?
It is a silly amount.
I'd much rather win smaller mounts,
80 million is stoopid


I am sure i could do something with it anyway, what!