My eldest sister gifted me with desexing for my invading and persistent small fluffy orange cat.

However, it may have come too late for Suki, who is looking plump and bulging.

I can't be cross.
I'd love to have a couple of kittens to inject a little life into my household.

Not at all sensible though, but too late to quibble.

And a good solid reason to encourage myself to clean out the cupboard and mop and dust the bedrrom, which I've been having difficulties making myself do.

Will have three whole days off in a row next week and have high hopes of getting stuck into housework, gardening and spending quality time with the Bokkie-cat who has been quite desperate too play tiggy in the backyard.

Unless Suki chooses next weekend to pop.

How nice if they were fluffy too.
Tabby fluffy by preference.

I am a sucker for a plain old tabbycat.
Posted by Mad Cat Lady at 8:17 PM 4 comments:

After struggling with hunger, since I'd only snacked a bit since waking, I struggled to organise sustenance after work finished.  I was too hungry to buy food.  The decision was too hard.  I tried to tell myself that maybe I should just drink lots of water instead. (Or perhaps wine? Or a combination thereof!)

Luckily I  played Augie March the other day and had left over tadzike sittting languishing in the fridge.

It inspired me to get on my bike (scooter) and buy some eye fillet and rice.  (After I'd played Pennywhistle a couple of times.  Probably it should be mandatory listening in psych wards or something.  Prosac for the ears)

Have since consumed something particularly nice based around sauteed garlic in beef juices, wine, tadzeeke (howsoever it is actually spelt) and also fresh tadzeeke.

By golly, Augie March truly are the breath of life, yes?

One of the new doctors at work is both awesome, like the dragon warrior, and beautiful.

She couldn't bring herself too leave before I , the lowly lackey, whose lot it is to clean up after all others.

The irony is fi-er-ce since I am one of the messiest persons in existence .

One day you will be watching a programme where they are cleaning out a cluttered messy dirty crammed unbelievably unlivable house like wot you see on those special programs they create to make OCD people feel better about themselves, and be able to say "I KNOW THAT PERSON", and yet ... I am the one swearing about people who cannot be bothered to put the donated magazines back on the table they are presumably sitting next to, since tbey have dumped the unclosed magazine UNDER THE TABLE OR THE CHAIR NEXT TO IT!!!!!!

I'm pretty sure its okay to use multiple exclamation marks in this instance.
And capital letters.
I'm pretty sure I'm not insane yet?
Although, I don't hold proof in writing.

I think people deliberately placing free magazines for their convenience under the table they are supposed to reside on is, like, some kind of war crime.
Or mental torture.
Or something.

I really, cannot belueve how cross it makes me.

I leave the cellophane wrapper off my microwave meal on the rug next to my bedroom chair until Tuesday night, when I ruffle tbrough my flat gathering all the rubbish for bin night.

It used to just give me a pleasant glow of superiority , but I'm past that now.
I've been a receptionist too long.

My world view has narrowed down to the specific wavelength of 'have they bothered to actually close the magazine or are they just abandoning it on their vacant chair crunched back on the unfinished crossword puzzle they were half heartedly attempting out of stultifying boredom even though they don't like crossword puzzles".

I spend time trying to convince myself that it is worth the effort to actally close the magazine properly and make a neatish possibly inviting pile for the next person.

I very nealy just took them all away last weekend.
I wanted to put the in the cleaning cupboard where no one could mess them up.

Maybe I should go play some more Augie March?
Something soothing like Vineyard or Heartbeat and Sails?

Labels: Argh, Evil Overlord, Glass of wine in hand, Struggling with the theme

I'm sooo tired.
If I'm not at work,  then I'm in bed.
Soooooooooo tired.
So tired it's silly.

I really wanted to force myself to actually move today,  so I played Augie March's Watch Me Disappear. (And drank a stoopid amount of wine).

I made five dips with some extra bacon and chopped cucumber and garlic.

How good is Augie March that they can move the nearly dead?!
Maybe they should be listed on the PBS?
Included in the safety net.

Probably Glenn would move to have the bacon exempted.

I'll probably eat the excess before it has time to become a political issue .
I love bacon.

We have a new dr, who says he is vegetarian except that he eats ground beef.
I'm not sure yet whether he is just pulling our legs.
He certainly doesn't make his mind up in a hurry.

He has lovely eyes.
I blush when he walks in the room.
But,  overall, I'd prefer someone more self assured and dictatorial.
Who can see lots of people in a shorter amount of time.

I'm not unreasonable .
But only 5 people in a day is not enough.

You can tell I'm rostered on for the whole weekend,  can't you?! 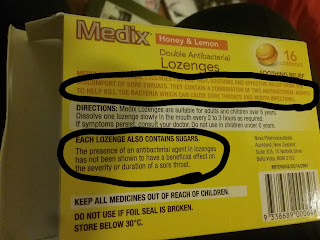 Quite amused that they have to disclaim one of their main advertised boasts. 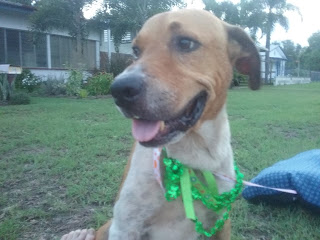 Some neighbour or other is letting his dog run loose and rampaging.

He has nearly caught poor Springbok Bone Breaker, the Destroyer (aka my cat) twice in my own yard.

I have stepped barefoot in dog shit once.

I've bought collar and lead and intend to buy unchewable cord in the near future so as I can chain him up for temporary periods when I want my cats to come home unmolested.

He is a rather lovely dog under non cat conditions, and he is totally getting a bath tomorrow or Sunday with some nice vanilla scented doggie shampoo.

My hands were practically black last time I petted him. 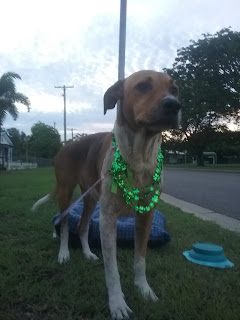